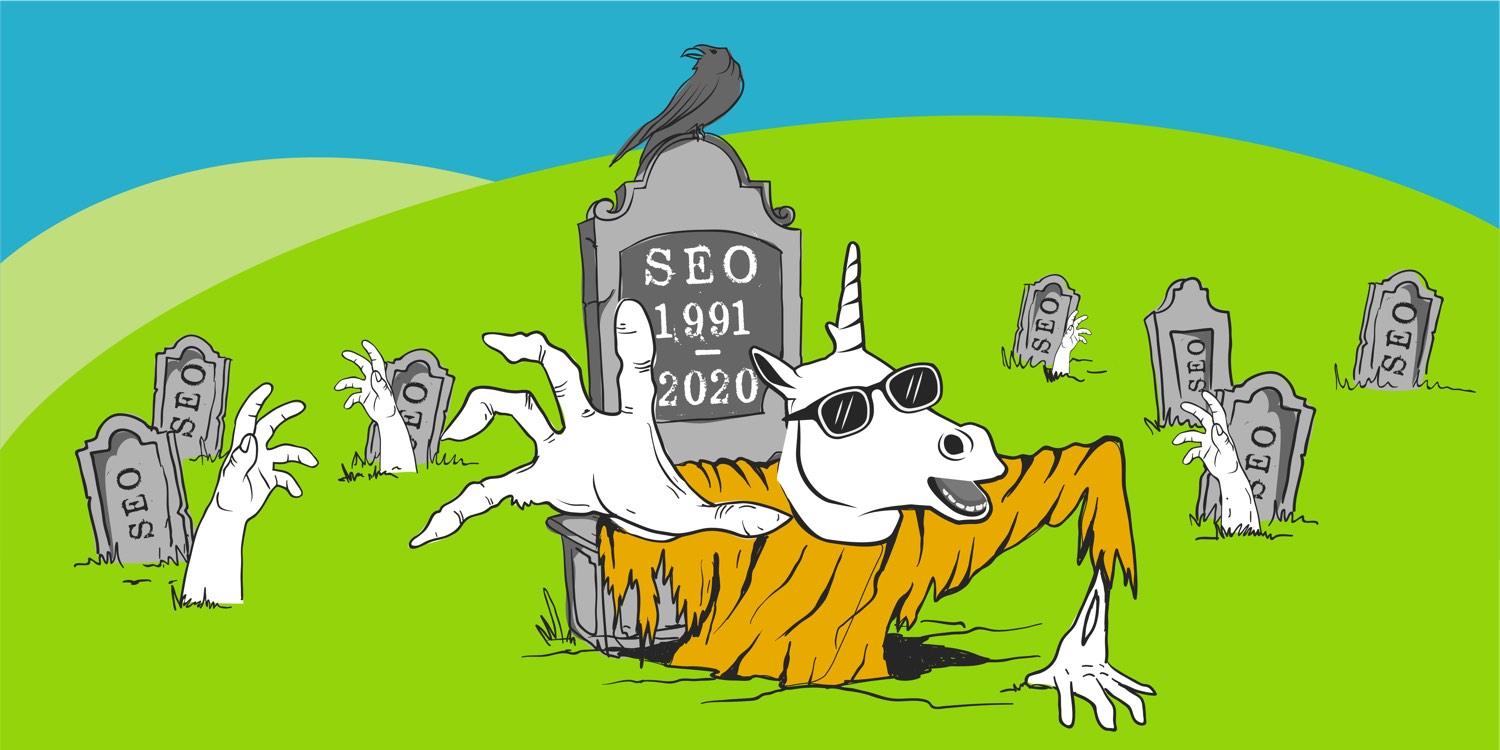 Back from the grave, SEO was only napping.

This week’s theme is still The “OMFG are you sure it’s actually May? Are you SURE? My calendar says it’s March 72nd but whatever, dude, I guess it’s May of 2020″ Update.

Because it never ends…

Instead of last week’s “oh btw there’s an update dropping like a Howard the Duck sequel that nobody was hoping for,” this week’s post is all about everyone’s thoughts on that new algo update. 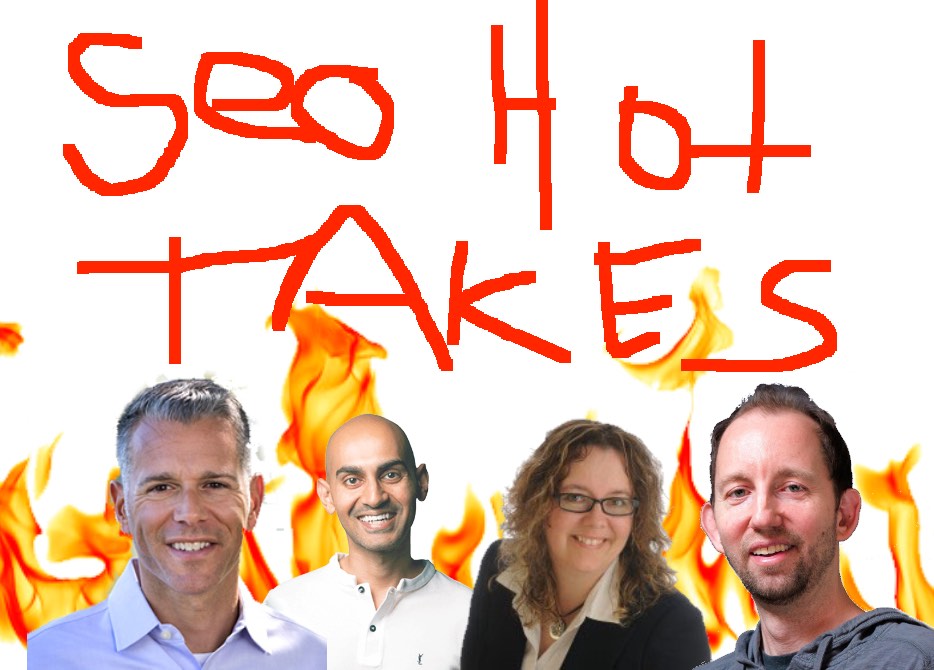 The May 2020 Algo Update for The Corporate Business Website Owner

There are a lot of prominent SEO Bloggers trying to capture mind (and SERP) real estate when a new algo update blows through like the world’s shittiest tornado to selectively knock your house down. A lot of them say the same things every time because, basically, the advice doesn’t change that much

One of my go-to people for this is Glenn Gabe, who I think shoots straight from the hip and isn’t prone to hype. He mostly seems to deal in big corporate websites, so that’s your best bet if you run a big-ass site like that. His posts post-update are all pretty similar advice-wise, but he usually includes some case studies of sites he’s been tracking, and it is especially useful when he is able to draw a line between a site that got slapped last update and made up some big ground for the current update.

4. Recovery From Core Updates
This is ultra-important to understand and it’s something Google has even confirmed in its post about core updates. If you have been negatively impacted by a core update, you (mostly) cannot see recovery from that until another core update. In addition, you will only see recovery if you significantly improve the site over the long-term. If you haven’t done enough to improve the site overall, you might have to wait several updates to see an increase as you keep improving the site. And since core updates are typically separated by 3-4 months, that means you might need to wait a while. 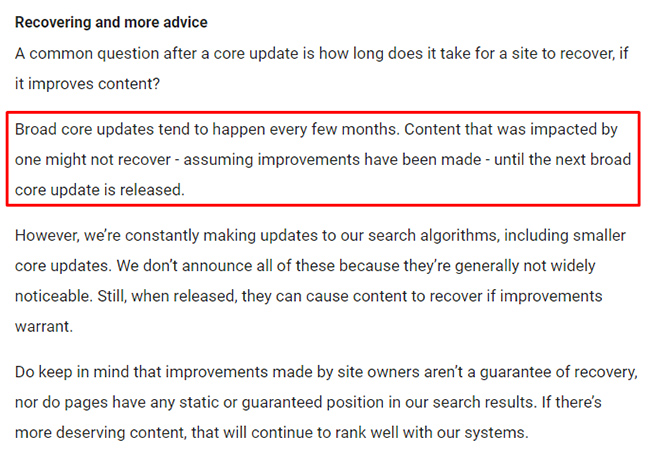 Good stuff. Common, repetitive stuff that you should definitely be keep track of, but this is like… the White Hat SEO’s Advice on Google Broad Core Algorithm Updates.

This is a pretty solid post from Neil Patel’s ghostwriter (said Travis Jamison’s ghostwriter), as long as you don’t know much about or follow SEO super closely.

It touches on the update a bit, but mostly goes over super common SEO practices as if they’re amazing revelations (I could also have titled this section: The May 2020 Algo Update if You ONLY Use Neil Patel’s SEO Tool, I only just now thought of it and, as you’ve probably noticed if you’re a regular reader: I don’t bother editingg anything1).

I publish 4 articles a month on this blog. Pretty early every Tuesday like clockwork, I publish a new post.

But do you know how often I update my old content?

Technically, I don’t update my own content, but I have 3 people who work for me and all they do is go through old blog posts and update them.

On any given month, my team updates at least 90 articles. And when I say update, I am not talking about just adjusting a sentence or adding an image. I am talking about adding a handful of new paragraphs, deleting irrelevant information, and sometimes even re-writing entire articles.

They do whatever it takes to keep articles up to date and valuable for the readers. Just like how Wikipedia is constantly updating its content.

The May 2020 Update if You Worship At Google’s Altar and Drink the E-A-T Kool-Aid (which, as we all know, is the literal blood of Google)

The summary, from the opening of Marie’s review (which is actually a good lesson in user experience — put the TL;DR up top on your long af articles):

In this article, you will read our thoughts on the following changes that we feel were a part of the May 2020 Core update:

As someone that builds links for websites and watches the SERPs like people that own Bitcoin watch Bitcoin’s price, I can tell you with a certainty that is SO FUNDAMENTALLY TRUE you could staple it in the back of a physics book and no one would dispute it:

If any “grey hat linked” sites saw a decline in the SERPs with this algorithm update, it was because of some other reason, the top 10 Google results are typically as full of “grey hat links” as they are full useless or vampiric Google SERP features.

Your experience may be different, but I doubt it. This isn’t a very helpful algorithm analysis, really, as it ignores THE REALITY OF SERPS.

Wow, a little cynicism from Moz, off all places. Tryinna give me a run for my money, I guess.

To give you a taste: here’s the title of the post by Dr. Pete “Jay-Z” Myers:

Google’s May 2020 Core Update: Winners, Winnerers, Winlosers, and Why It’s All Probably Crap

If it seems like I’m calling out the industry, note that I’m squarely in my own crosshairs here. There’s tremendous pressure to publish analyses early, not just because it equates to traffic and links (frankly, it does), but because site owners and SEOs genuinely want answers. As I wrote recently, I think there’s tremendous danger in overinterpreting short-term losses and fixing the wrong things. However, I think there’s also real danger in overstating short-term wins and having the expectation that those gains are permanent. That can lead to equally risky decisions.

Is it all crap? No, I don’t think so, but I think it’s very easy to step off the sidewalk and into the muck after a storm, and at the very least we need to wait for the ground to dry. That’s not easy in a world of Twitter and 24-hour news cycles, but it’s essential to get a multi-day view, especially since so many large algorithm updates roll out over extended periods of time.

Basically: there’s a lot of pressure on these “thought-leader-SEOs” to get an analysis out super quickly, to continue being the person that’s there to show others the way, and to be the person people go to with their problems to cash in on that PANIC-DRIVEN CASH MONEY. And–I know, don’t hate the game, son–people are gonna spend their money on SOMEone, might as well try and make that person you.

But there’s SO MUCH DATA to look through, SO MANY FACTORS to consider, and as the above article talks about, it really takes several weeks for the dust to settle and to start to understand why things happened (if, you know, you can every really understand).

Probably the best thing to do is be a specialist in a particular vertical with a super deep understanding of that niche, why the sites that rose or fell rose and fell, and how to take advantage of that knowledge. But if that’s the case, you’re probably not trying to post all that publicly to give your competitors your advantage.

Food for thought–try and figure out what the person writing the article is seeking to gain.

This vid, from Charles Floate:

Solid takeaways, and only minimum pitching of a guru product–worth your 10 or whatever minutes.

Here’s a screenshot of the relevant slide if you’re suuuuuuuper lazy: 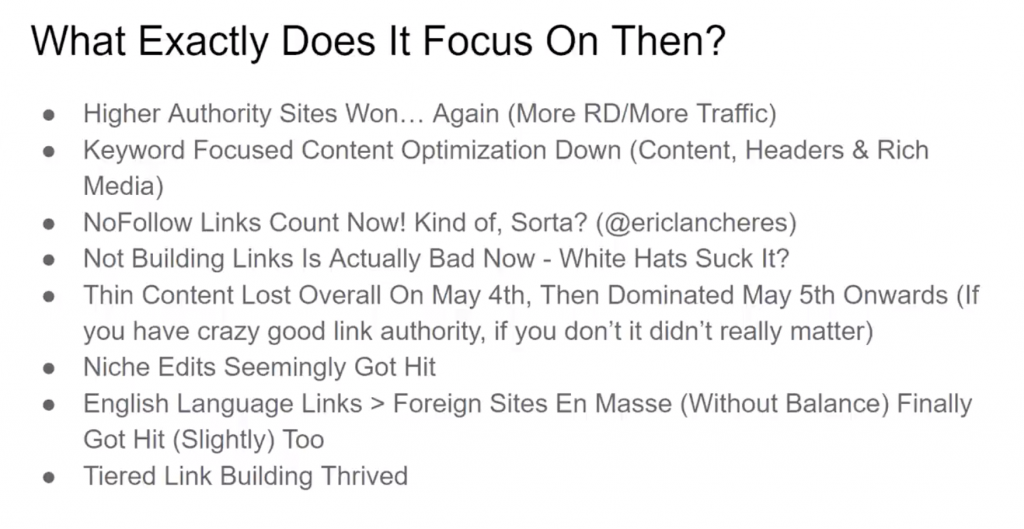 That jives pretty closely with what I’ve seen personally in all the SERPs and niches I follow.  Recommend you at least watch for that slide and get the context of it all.

So that’s it for this analysis of the analyses of the latest core algo update. How’d your site do? 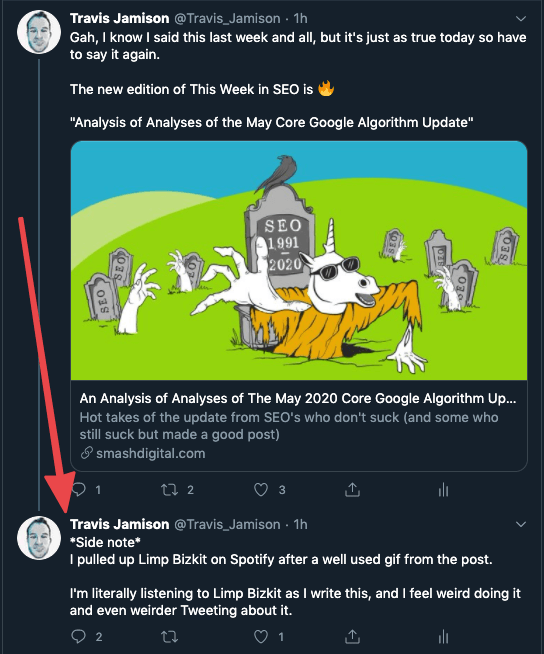 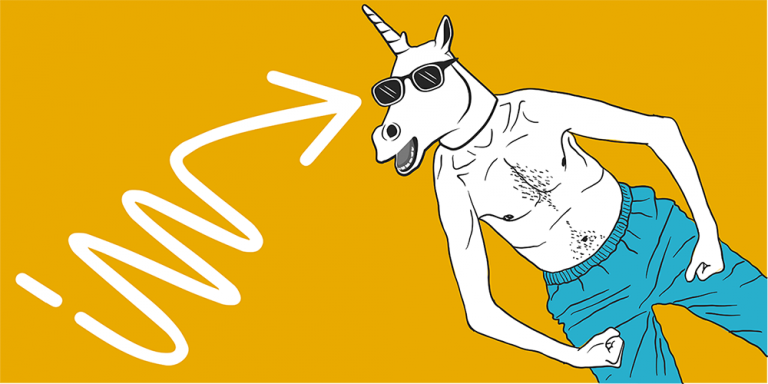 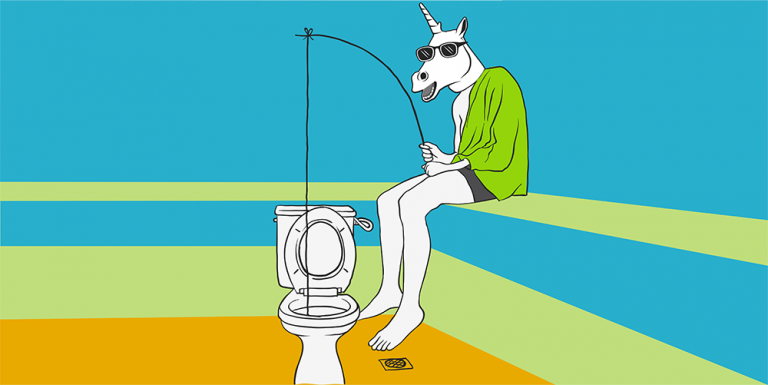 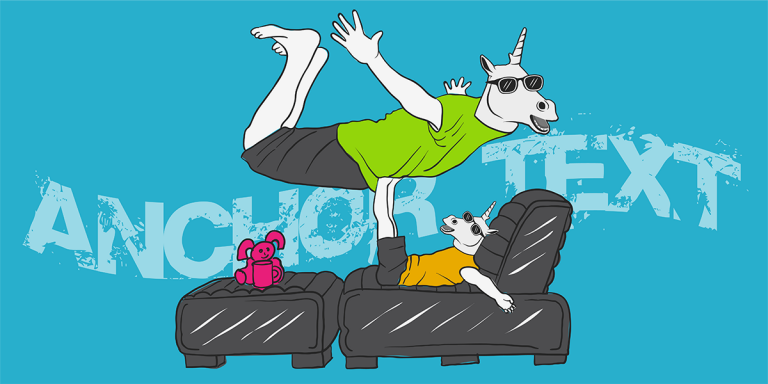 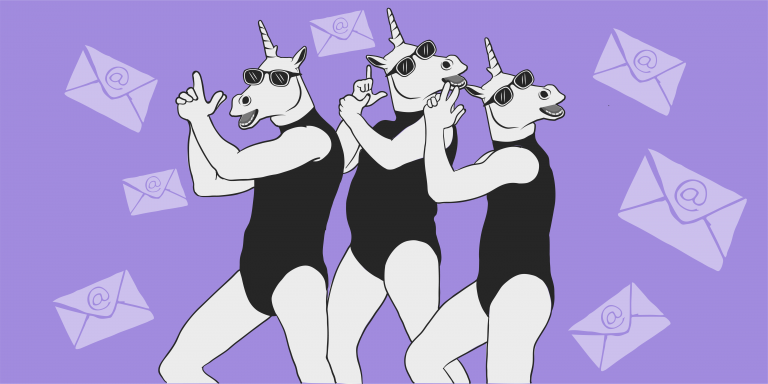 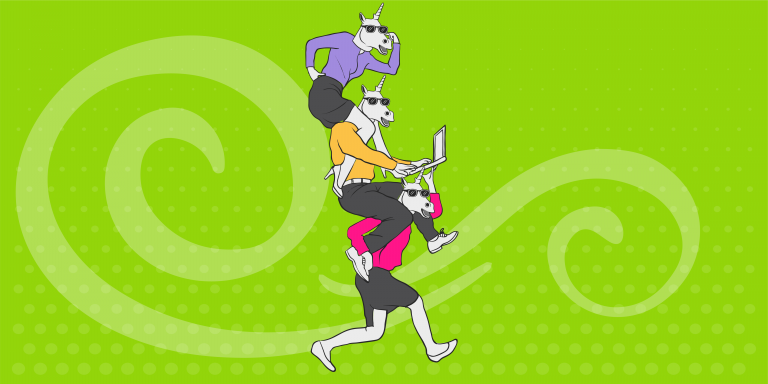 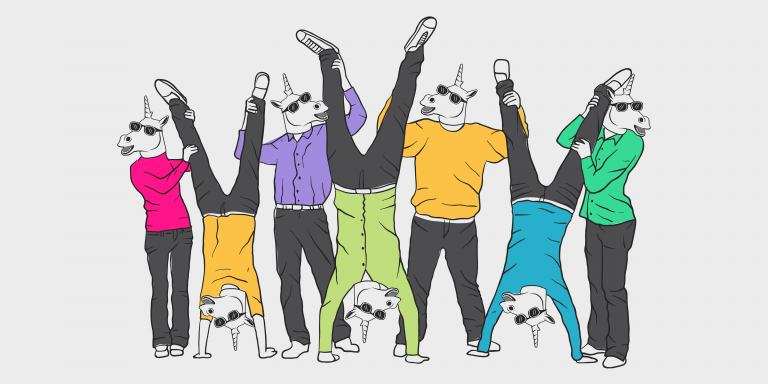